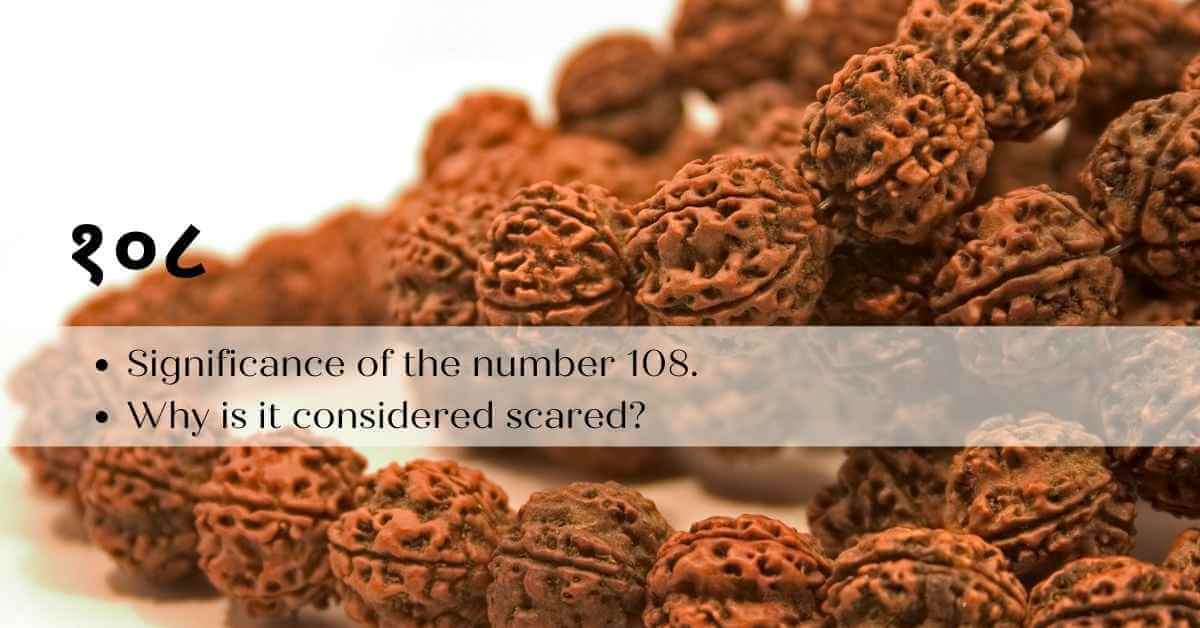 Why is the number 108 considered holy? The response you’ll get from your parents is that it has something to do with math and science. Predating current mathematical formulas, Vedic sages had it all figured out! 108 is the foundation of creation, representing the universe and all of human existence, according to Vedic cosmology.

So, what is the significance of number 108?

We believe that our exterior cosmology should reflect our inner spirituality in Hinduism since our ultimate revelation is that we are all one. The number 108 units are considered to reflect the gap between our bodies and the God within us.

According to Ayurveda, we have 108 marma points (vital points of life energies) in our body. Because each chant reflects a journey from our material existence to our most significant spiritual self, all mantras are recited 108 times. Each chant is thought to bring you one unit closer to our inner divinity.

Significance of number 108 in meditation

The approximate connections of the Sun, Earth, and Moon can be seen in astrology as 108. The Sun’s diameter is 108 times that of the Earth’s.

There are also 108 Upanishads in Hinduism, which are sacred scriptures of wisdom from past sages.

108 and the Sanskrit Alphabet

There are 54 letters in the Sanskrit alphabet. Each letter has a Shakti (feminine) and Shiva (masculine) characteristic. The number 54 multiplied by two equals 108.

Why do Hindus consider the number 108 holy?

These are the reasons why Hindus regard 108 to be sacred. Other religions, on the other hand, acknowledge the mystical potency of 108. For example, there are supposed to be 108 Earthly wants, 108 lies, and 108 mental delusions in Buddhism. This shows how the number 108 has infiltrated Eastern ideas, but it doesn’t stop there. The number 108 does not appear only in religion; it also occurs in nature.

Marma points are more than just a juncture on the body where two or more types of tissue meet. Marma points are where the vital life force and prana, or breath, come together. The three Ayurvedic Doshas, Vata, Pitta, and Kapha, are housed in these places.

Another reason why the significance of number 108 is high is because of these locations of life force energy throughout the body.

It symbolises the fullness and unity of existence.

Xn+2= Xn+1 + Xn is the mathematical equation that describes it.

“Nature’s secret code” and “nature’s universal rule” have been used to describe it. Everything from the Great Pyramid of Giza to the iconic mollusc Nautilus is supposed to be governed by it.

Significance of number 108 in various fields

The significance of number 108 various from religion to religion. Hindu, Buddhist religions have different views and beliefs about the same. So, it is of importance for every belief and has reasons behind it.