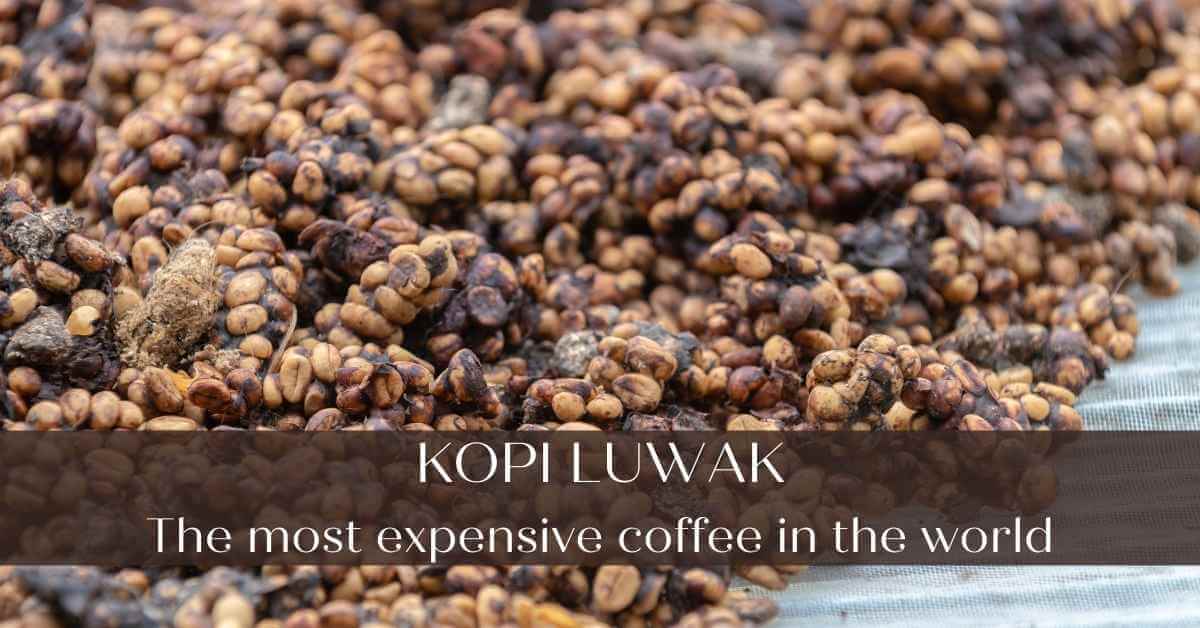 Civet coffee, a drink popular among the rich in the Gulf countries and Europe, is marketed for Rs.20,000-25,000/kg in the international market.

Because of the unusual way of creating such a coffee, Civet coffee, also known as Luwak coffee, is pricey. It is made from coffee beans digested by the civet cat. This cat’s faeces are collected, processed, and sold.

It is expensive since it is claimed to be more nutritious and the high expense of obtaining animal droppings, wastage during processing, and quality certification.

India, Asia’s third-largest producer and exporter of coffee, has begun manufacturing the most expensive coffee in the world, which is derived from civet cat dung, on a small scale in Karnataka’s Coorg region.

In the country’s largest coffee-growing state, Karnataka, a start-up firm, Coorg Consolidated Commodities (CCC), has made a modest start by producing this luxury coffee on a small scale.

Kopi Luwak: The most expensive coffee in the world

Kopi luwak coffee is made from partially digested coffee cherries chewed and defecated on by the Asian palm civet (Paradoxurus Hermaphroditus). It is also known as civet coffee.

The cherries ferment as they transit through the intestines of a civet. They are collected after defecating with other faecal debris. Asian palm civets are increasingly being captured and trafficked in the wild for this purpose.

Coffee bean producers say that the technique may improve coffee through two mechanisms:

The traditional method of coffee making

The traditional practice of collecting excrement from wild Asian palm civets has given place to an intense farming method in which the palm civets are housed in battery cages and force-fed cherry.

This manufacturing method has prompted ethical questions regarding the treatment of civets and the conditions in which they are kept, including seclusion, poor diet, small cages, and a high mortality rate.

Origin of the Kopi Luwak coffee

The history of kopi luwak intertwines with the history of coffee cultivation in Indonesia. Dutch colonialists planted coffee plantations in Indonesia and imported Yemeni beans. Farmers in central Java began brewing and drinking coffee from excreted beans picked on their farms in the nineteenth century.

The flavour of Kopi Luwak is earthy primarily and musty, with traces of caramel and chocolate, and some people use the word “jungle” as if it were a flavour descriptor.

However, according to faeces coffee fans, the taste is determined by a multitude of elements such as

Above all, what distinguishes Kopi Luwak is that it is swallowed, digested, and defecated by the palm civet.

How does this influence the flavour?

As previously said, the civet is supposed to be incredibly picky about the cherries it consumes, and selecting the most developed fruits is the foundation of a superb cup.

Second, during the animal’s digestion, the fruit undergoes a fermentation process in which enzymes break down some of the protein contained in the bean. Because protein is the component that gives coffee its bitter taste, the result should be a smooth cup of coffee with no disagreeable aftertaste.

Is it safe to drink?

While the beans obtained from faeces do have higher contamination levels, the processed beans are entirely safe to consume and do not contain any pathogens.

Is it really worth the buzz?

You may not believe the buzz around Kopi Luwak. Indeed, it has gotten some scathing criticism from respected reviewers.

Following a taste test, noted cupper Rocky Rhodes of International Coffee Consulting Group reportedly stated that “it was clear that Luwak coffee sold for the tale, not higher quality.”

To conclude, would you try to taste it?

It is entirely up to you if you want to taste one of the most expensive coffee in the world, with the possibility of it being either fake or created by exploiting caged civets.

You can also look for ethical, sustainable producers who will provide wild and humane coffee, albeit these projects are currently few and far between.

Above all, would you give it a shot?