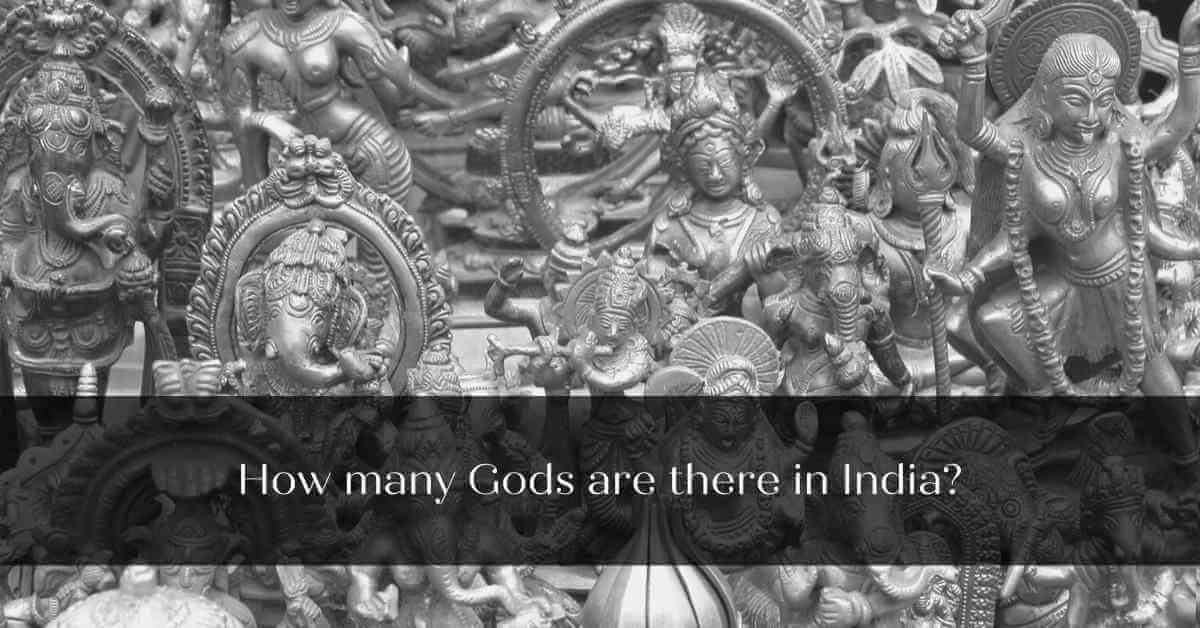 INDIA is a nation of beliefs, mysteries and devotion. It is one of the oldest civilizations with a rich history that is both magnificent and unbelievable.

Indian traditions believe in devotion, selfless giving and deep faith in the almighty. We have Gods to deal with every obstacle that we face. So, how many gods are there in India? Or to how many gods do Indian pray? This is a big big question.

So, here is a list of Indian Gods which you all know and pray to regularly:

You may have a rough idea about how many gods are there in India, but there are others about whom we have a little know-how.

Do you know these Gods?

Ayyappan is considered to be a union of Mohini Avatar of Vishnu and Shiva. He is considered as the ruler of the universe and greatly worshipped in South India. The Sabrimala Temple in Kerela is the most prominent Ayyappan shrine.

Nandi is the guardian deity of Mount Kailash, the home of Lord Shiva. He is usually depicted as a bull. According to Shaivism tradition, he is considered as the chief guru of eight disciples of Nandinath Sampradaya. These eight disciples namely Sanaka, Sanatana, Sanandana, Sanatkumara, Tirumular, Vyagrapada, Patanjali and Sivayoga Muni were sent in eight different directions to spread wisdom and knowledge. There is a CHAM HINDU community in Vietnam who believe that when they die, Nandi will come and take their souls to the holy land of India.

Sati, also known as Dakshayani, is the Hindu goddess of marital bliss and longevity, and is revered as a manifestation of the mother goddess Shakti.

She is widely regarded as Shiva’s first wife, the other being Parvati, Sati’s reincarnation after her death.

Tripura Sundari, also known as Sodashi and Lalita, is a Hindu goddess who is primarily worshipped in Shaktism, Hinduism’s goddess-oriented sect. She is also a well-known Mahavidya. She is praised in numerous Shakta texts, the most well-known of which is Lalita Sahasranama.

Tripura Sundari is the first of the Mahavidyas and the highest aspect of Goddess Adi Parashakti, according to the Srikula tradition of Shaktism. According to the Tripura Upanishad, she is the ultimate Shakti (energy, power) of the universe.

She is described as the supreme consciousness who rules over Brahma, Vishnu, Rudra, and Ishwara. In his form as Kamesvara, the “Lord of Desire,” Tripurasundari is said to sit on Sadasiva’s lap. She is also the primary goddess associated with Sri Vidya, a Shakta Tantric tradition.

Annapurna, also known as Annapoorna, is a form of Devi and the Hindu goddess of food and nourishment. Worship and food offerings are highly regarded in Hinduism, so the goddess Annapurna is regarded as a popular deity. Akshaya Tritiya is the birthdate of the goddess Annapurna, and hence the day is thought to be very auspicious for purchasing gold jewellery.

Bhavani means “giver of life,” and it refers to the power of nature or the source of creative energy. She is regarded as a mother who provides for her devotees while also dispensing justice by killing Asuras. Bhavani is the supreme goddess and the consort of Lord Bhava (Sadiva), according to the Shiva Puran. She is also revered as the feminine principle of the divine.

Padmavathi is a Hindu Goddess. She is an incarnation of Goddess Lakshmi, the Hindu Goddess of Elemental Prakriti and Sri Venkateswara’s consort. Padmavati is Sanskrit for “she who emerged from the lotus.”

Sri Padmavati Ammavari Temple, located in Tiruchanur, a suburb of Tirupati City, is the most prominent Padmavati shrine. Every pilgrim to Tirupati is required by tradition to pay their respects at this temple before visiting the Tirumala Venkateswara Temple.

Gayatri is the personification of the well-known Gayatri Mantra, a hymn from Vedic texts. Savitri and Vedamata(mother of Vedas) are other names for her. Gayatri is frequently associated with Savitr, a Vedic solar deity. Gayatri is another name for Saraswati or her form, and she is Lord Brahma’s consort, according to many texts, including the Skanda Purana. Mahagayatri is regarded as Shiva’s consort in his highest form of Sadasiva, with five heads and ten hands.

Pushan is one of the Adityas and a Hindu Vedic solar deity. He is the god of encounters. Pushan is in charge of marriages, journeys, roads, and cattle feeding. He was a soul guide who guided souls to the other side. He protects travellers against bandits and wild beasts, and he also protected men against being exploited by other men. He was a helpful guide, a “good” god who led his followers to rich pastures and wealth.

In Hindu mythology, the Ashvins, also known as Ashwini Kumara and Asvinau, are two twin gods associated with medicine, health, dawn, and sciences.

They are described in the Rigveda as youthful divine twin horsemen who travel in a chariot drawn by horses that never tire, and are portrayed as guardian deities who safeguard and rescue people by assisting them in various situations.

According to Hindu scriptures, there are approximately Thritythree Crore Gods. this number signifies the count of total living beings signifying that God resides in each and every living being.

Even this number is deemed incorrect according to many findings. What actually prescribed is that the Hindu religion has three gods, namely Brahma, Vishnu & Mahesh [Shiva] who are responsible for the creation and living of all beings. We don’t actually know how many gods are there in India to the Indian mythology.

So, this can also be a point of discussion on How many gods are there in India or Indian mythology? We can surely take it up for a debate in another blog. till then, go through this one and share your opinion in the comment section.