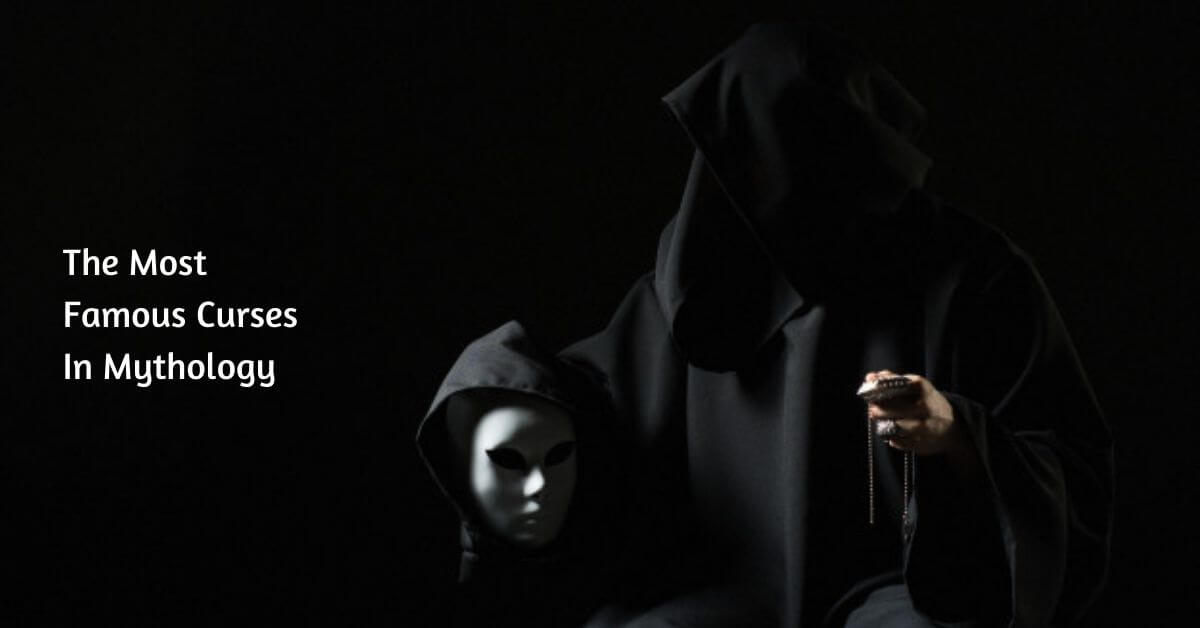 What exactly is a curse? What is it about curses that makes us so afraid? Do we curse those we don’t like or situations we don’t like?

Curses are designed to cause damage. In Hindu mythology, several such curses are described. We’ve compiled a list of some famous curses in mythology, along with their origins and meanings.

Lord Rama is said to have been cursed by Tara [Bali’s wife] in mythological tales. During a dominance battle between Bali and Sugriva, Lord Rama aided Sugriva in his victory over Bali. Bali’s wife cursed Lora Rama after he died. She cursed him, claiming that once he recovered Sita, he would soon lose her. Tara also cursed Laro Rama, claiming that in his next life, he would be killed by Bali. This is one of the most famous curses in mythology.

Shravan Kumar is a story that we all remember from our childhood.

Shantanu and Gyanvanti, his blind parents, were hermits. Shravan Kumar had to take them everywhere as they grew older. For this, he placed them both in a basket, connected them with a bamboo pole, and held them on his back.

Once, Shravan Kumar was mistakenly hit by an arrow by Dashrath while getting water on a riven bank. In his dying breath, Shravan Kumar ordered Dashrath to take the water to his parents. Dasaratha took water for Shravan’s parents after he succumbed to his injury.

Shravan’s parents were taken aback when they heard the news from Dashrath. Despite the fact that it was an accident, they cursed Dashrath, saying he would suffer from PUTRASHOKA [son loss grief]. This is what Dashrath had to go through during Lord Rama’s exile.

Ahilya was supposed to be Lord Brahma’s most beautiful conception. She was married to Sage Gautam, a man several years her senior. Indra appeared in the form of Sage Gautam in the early stories.

Despite being aware of Indra’s disguise, Ahilya welcomed his advances. She then expressed her reaction to the deception. Sage Gautam cursed Ahilya that to transform into a stone. She was also told that all she needed to regain her human form was a touch of Lord Rama’s feet.

Lord Hanuman was a mischievous boy. Many of the sages were enraged by his frequent annoyances and intrusions. Sages cursed him because of his misbehaviour, saying that he would lose all of his strength and only recover it when someone reminded him of it. Hanuman regained all of his forces after Jambawan reminded him of his bravery. These powers then helped Lord Rama in finding Sita’s whereabouts.

Gandhari, the Kauravas’ mother, was enamoured with her children.

She cursed Shri Krishna, who led the Pandavas to victory when they died in the battle of Kurukshetra. When Shri Krishna came to Gandhari on the 18th day to seek her blessings, she cursed him instead.

Krishna had the power to stop the battle, but he chose not to. The curse was that Krishna would suffer the same pain as she did in losing his entire clan. After 36 years, the curse manifested, and the Yadu dynasty ceased existence.

Ashwatthama was one of the most powerful warriors in Mahabharata. He was born with a Gem on his forehead which protects him from hunger, fatigue and thirst.

We still hear that, people see Ashwatthama walking in the forest, bleeding. You know why? Because he was cursed by Lord Shri Krishna. Enraged by the death of his father, Ashwathama unleashed the Narayanastra, a weapon gifted to him by his father.

But as Krishna saw him using it, he told Pandavs to bow down to calm the weapon. Seeing the failure of the weapon, Ashwatthama becomes more enraged. In failed attempts, he killed Pandavas sons by burning a tent.

Due to this, Lord Krishan became furious and cursed Ashwatthta. He was asked to surrender the gem on his forehead.

After that, Krishna cursed Ashwatthama for 3000 years, saying that he would wander the woods with blood and puss oozing from his wounds and waiting for death. Death would not meet him because he had no fear of death during the battle. He will have neither hospitality nor lodging; he will be fully isolated from mankind and civilization, with no means of physical communication.

This is one of the well known & famous curses in mythology known to everyone who has read Mahabharata.

Lord Brahma and Lord Vishnu were once pushed to acknowledge Lord Shiva’s dominance. Shiva did this by erecting a tall pillar and instructing each of them to reach the top. Lord Vishnu soon realised he couldn’t do it and acknowledged Shiva’s dominance. Brahma, on the other hand, did not. He deceived Shiva with the aid of Ketaki, who sat on top of the Linga as a flower. As a result, Lord Shiva cursed Brahma, telling him that he would not be worshipped.

Another, more sympathetic explanation for why Brahma isn’t worshipped is that his position as the creator has passed him by. Vishnu is in charge of preserving the universe, while Shiva is in charge of continuing the cycle of cosmic reincarnation. The Gods were also subjected to many famous curses in mythology. It’s not about humans only.

In the Matsya Puran, the fight between the Devas and the Asuras is well described. Shukracharya, who revered Lord Shiva to obtain a boon of resurrecting the dead [Mrit Sanjivani], led the Asuras. This will help Asuras become unstoppable. Shukrachary used this power to persuade Asuras to seek shelter in Maharishi Bhrigu’s ashram. In Bhrigu’s absence, Asuras sought refuge with Bhrigu’s wife, Kavyamata. This allowed Devas to attack Asuras who were bare weaponed.

Indra was immobilised, and Kavyamata was able to defend them.

Vishnu, on the other hand, entered Indra’s body and saved the Devtas.

This enraged Kavyamata, who threatened to burn them to ashes if they did not withdraw. Indra, on the other hand, instigated the annihilation of Bhrigu’s wife, and as a result, Vishnu used the Sudarshana Chakra which served her head, to save Indra and the Devtas.

Hearing this, Sage Bhrigu was devastated. He was enraged because Lord Vishnu had violated his Dharma by killing a woman. As a result, Sage Bhrigu cursed Lord Vishnu to be born on Earth several times and to experience the pains of birth and death each time. As a result of this legendary curse, Vishnu was forced to take countless avatars on Earth and pay the price of all earthly suffering.

There are multiple other curses in mythology which we can discuss. Such as Karna’s Three Curses, Urvashi’s Curse to Arjun, Sage Durvasa’s curse on Shakuntala.

We will keep sharing such content with you. Just as this topic, 8 Famous curses in mythology.