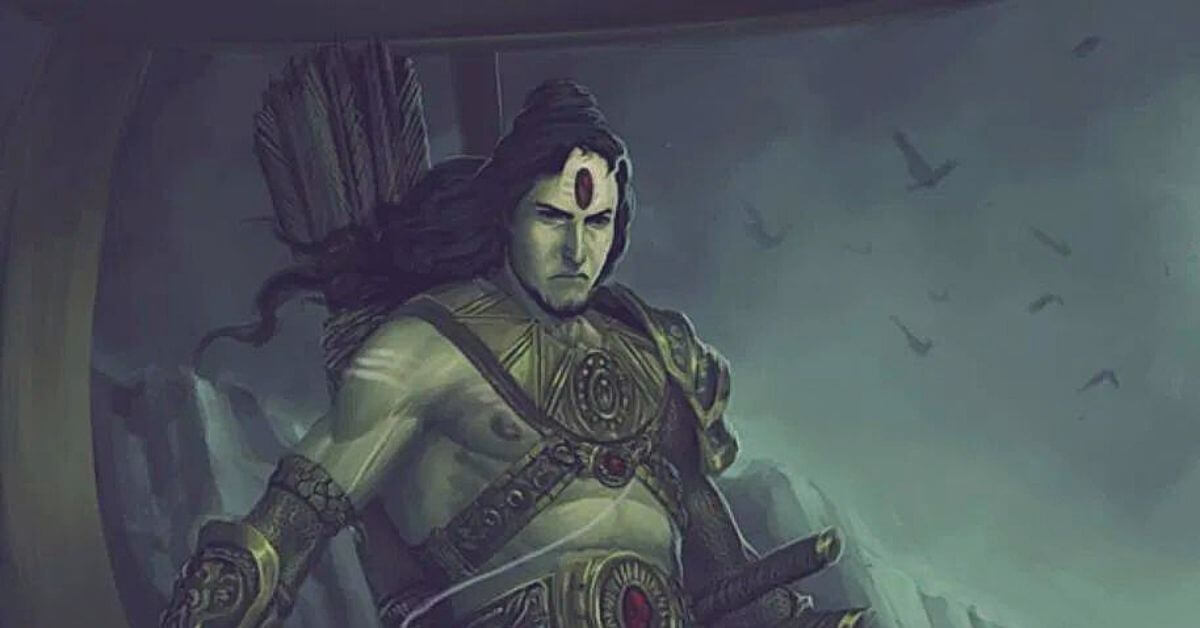 May 7, 2021May 19, 2021 Sagar HedauNo Comments on Is Ashwathama still alive? Why do people still believe this?

Ashwathama: A name that is crucial to the culmination of the Mahabharata. He was one of the battle’s strongest warriors.

People still wonder, “Is Ashwathama still alive?” Why do people want to believe this? Is he really alive? Is he living anywhere we don’t know? What is the reality behind it? Or is it merely a belief? Let’s see.

According to legend, Ashwathama swore an oath to destroy the Pandavas. As a result, he invoked the Brahmastra against them during the war. Arjuna, in reaction, shot the Brahamstra to protect themselves.

To halt the clash of the two lethal arms, Vyasa asked both warriors to return them. Arjuna did just that. But, not knowing what to do, Ashwathama aimed it at a pregnant Uttara.

The enraged Pandavas attempted to kill him. Instead, Lord Krishna cut the divine gem on Ashwathama’s forehead and cursed him that he would suffer indefinitely until the Kali Yug [today’s world], but he would not die. His skin will begin to melt, but he will not perish. He will not find any hospitality or lodging anywhere. He would be completely cut off from humanity and culture. This is one of the famous curses in mythology.

Is Ashwathama still alive? Or is it just a myth and belief?

All of these stories leave you with one question: “Is Ashwathama still alive?” Is he really a resident of this KALI-YUG? If so, where has he gone? There are many beliefs about sighting him. For example:

An Ayurvedic doctor in Madhya Pradesh is said to have tried everything on a patient to treat a wound on the patient’s forehead. The man who had been injured was huge, dark, and massive.

Villagers in Asigarh [Madhya Pradesh] believe Ashwathama visits the old fort every morning to pray and give flowers to the Shiv Linga.

A railway employee from Gujarat

A railway employee walking through the jungles of Navsari [Gujarat] a decade ago saw a tall man of around 12 feet. During their talk, he discovered that Bhima was significantly taller and more resilient than him.

King Prithviraj Chauhan encountered an old man with a scar on his head in 1192. Prithviraj was well-versed in Ayurveda and confident in his ability to heal the old man’s scar. However, even after a week, the scar had not healed. When he saw this, he immediately asked the old man if he was Ashwathama! The old man agreed and then left. This story is described in the 12th-century book PRITHVIRAJ RASO. The story also discusses the same question, “Is Ashwathama still alive?”

In 1912, another incident occurred. Vasudevanand Saraswati, a saint who is considered an incarnation of Lord Dattatreya, encountered Ashwathama in the Shulpaneeshawar forest near Katarkheda, Madhya Pradesh. It is believed that Ashwathama led him through the jungle.

A doctor in Ludhiana, Punjab

A doctor in the Punjab city of Ludhiana is said to have had an encounter with the mighty warrior.

In 1968-69, as the doctor was closing his clinic, an unusual individual approached him.

The person says, in rough English, “BOHOT BADA VAIDYA HAI TU, BADAA NAAM SU HAI TERA. MERA ILAAJ KAR SAKDA HAI?” [I’VE HEARD MANY THINGS ABOUT YOU. YOU ARE A WELL-EDUCATED DOCTOR. ARE YOU CAPABLE OF HEALING ME?].

The doctor inquired about his issue. The guy took off his Pagdee and showed him the dent on his brow. The doctor had never seen anything like it.

The doctor was anxious but still asked to take a second look. The man said, “TENU PATA HAI MAI KAUN HUN? [DO YOU KNOW WHO I AM?]”. The doctor said, “I THINK I KNOW WHO YOU ARE, BUT STILL, LET ME GET MY STUFF.” Ashwathama vanished as soon as the doctor went to get his belongings.

There are other immortals in history. Seven to be exact. They are:

Reading such stories, really makes you wonder, is it really true? Or people just claim to have seen him. Is Ashwathama still alive? We don’t know. We never will. It is just that, some people had some experiences which we can neither deny nor confirm. But, it is all about belief.