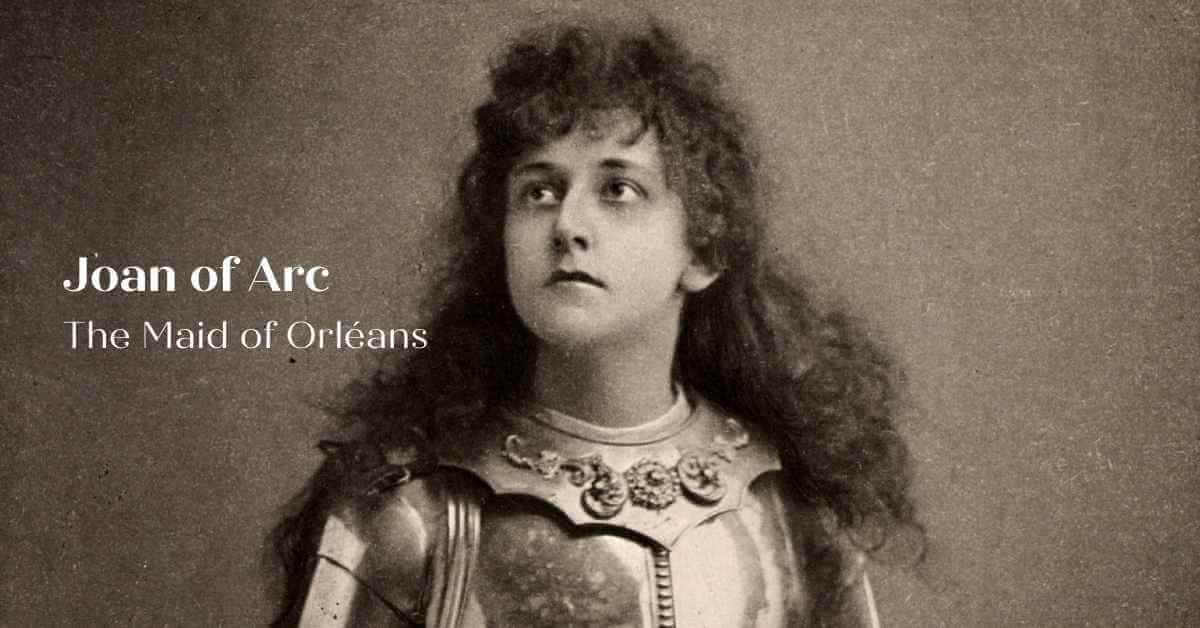 Joan of Arc: A lasting symbol of French nationalism and togetherness

Who was Joan of Arc?

Joan of Arc was a French national hero, a peasant girl who, thinking she was acting under heavenly guidance, led the French army to victory at Orléans during the Hundred Years’ War, repelling an English effort to capture France. Joan was captured a year later and burnt to death as a heretic by the English and their French supporters. Her success was a crucial component in the later rising of French national consciousness, and she became the greatest national heroine of her compatriots.

What is the Joan of Arc story?

Joan was born at Domrémy, on the border between the duchies of Bar and Lorraine, to a tenant farmer. She was inspired by the voices of St. Michael, St. Catherine of Alexandria, and St. Margaret of Antioch in her quest to drive the English and their Burgundian allies from the Valois realm of France.

Joan showed extraordinary mental and physical courage and strong common sense, and she possessed many of the characteristics associated with the female visionaries of her time, such as:

Joan of Arc won the future Charles VII over in a secret audience at his fortress in Chinon by allegedly disclosing facts that only a messenger from God could know; the details of this dialogue are unknown.

Who was Joan of Arc? What was her early life

Joan began to hear voices at the age of 13, which she believed were sent by God to give her a life-changing mission: to redeem France by eliminating its enemies and installing Charles as the country’s rightful monarch. Joan took a chastity vow as part of her holy mission. At the age of 16, she successfully persuaded a local court that she should not be forced to accept a marriage that her father had arranged for her.

Persuading the king to fight the war

One of history’s great mysteries is how a teenage girl hearing voices and claiming to be on a divine mission persuaded Charles VII to send her warriors to help raise the siege of Orléans.

“Be fearless! Her voices informed her, “When you stand before the king, he will have a sign [that will make him] receive you and trust in you.” After meeting with Charles to be interrogated about her experiences, she was sent to Poitiers. She was later granted a squire, a page, and several troops and sent with an army to relieve Orléans.

How she showed her courage and belief?

“I am bringing you better support than any troop or city has ever given you,” she assured the count. It is the King of Heaven’s assistance.” The count later stated that the wind changed direction at that precise moment, allowing his force and supplies to enter Orléans.

Joan of Arc was burned at stake.

Joan was charged with witchcraft, heresy and dressed like a man at the trial that followed her capture. The Anglo-Burgundians wanted to get rid of the youthful leader and tarnish Charles, who had received his coronation thanks to her. The French king did not attempt to negotiate Joan’s release to disassociate himself from an accused heretic and witch.

The false confession that Joan signed

Joan finally relented in May 1431, after a year in captivity and facing execution, and signed a confession denying she had ever received supernatural instruction. She broke regulations by donning men’s clothing again a few days later, and authorities sentenced her to death. Joan was transported to the old marketplace of Rouen and burned at stake on the morning of May 30, 1431, when she was 19 years old.

Canonization: From Witch to Saint

Her fame grew even more after her death, and a second trial conducted by Charles VII 20 years later exonerated her record. Joan of Arc had acquired mythic status even before Pope Benedict XV canonized her in 1920, inspiring numerous works of art and literature over the centuries and becoming France’s patron saint. Pope Pius X beatified Joan of Arc in the famed Notre Dame church in Paris in 1909. A statue within the cathedral commemorates her legacy.

Did she hear God’s voices?

Joan of Arc said she began hearing mysterious voices, which she referred to as her “counsels,” when she was 13 years old. She later linked these voices to saints and angels such as Saint Michael the Archangel, Saint Margaret, and Saint Catherine.

Joan claims that the voices told her that God had entrusted her with a vital assignment involving the fate of France. She was instructed to assist in the expulsion of the country’s adversaries, the English, who were occupying French territory, and the installation of Charles VII as the true king of France.

What we learned here?

If you ever face the question, “Who was Joan of Arc?”, you can easily say, that she was a you girl, who by her own will and God’s guidance fought the greatest war in French History. She believed in the diving guidance and followed it and made people and everyone believe it, to win the 100 YEARS WAR.