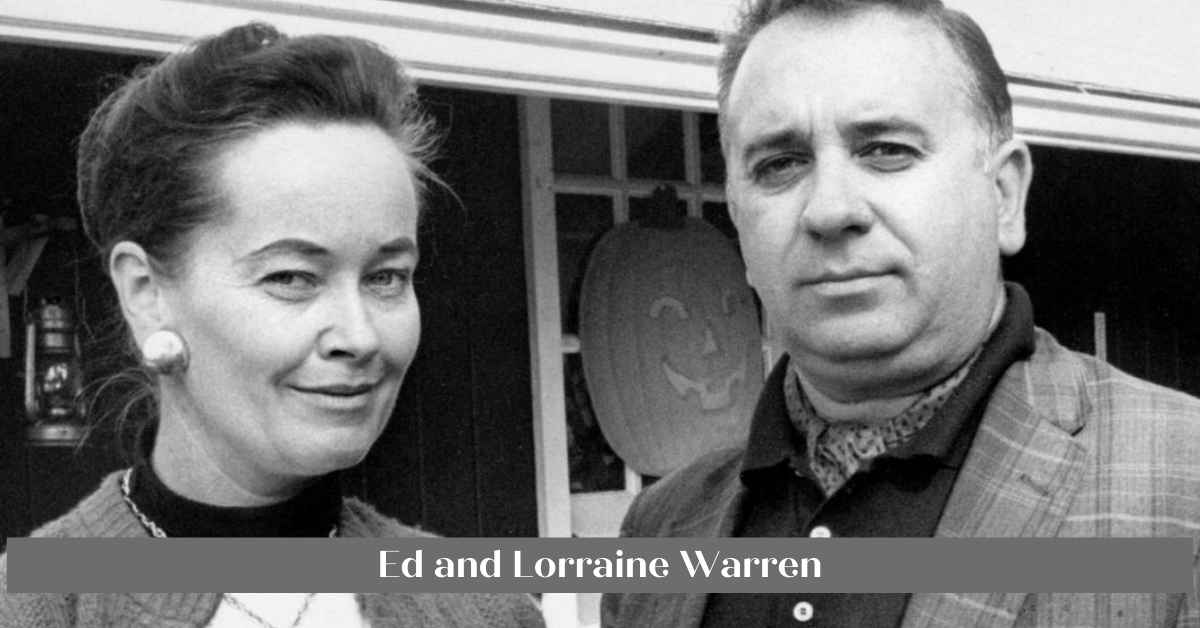 Have you watched “The Conjuring”? If yes, then you definitely know Annabelle, Bathsheeba, Ed and Lorraine Warren. These names rose to prominence with this movie, and people started learning more about them. Such kinds of topics can be fascinating for many people. I am one of those many people.

The Conjuring led to the improved awareness of Ed and Lorraine Warren among the general public. So, here in this blog, we plan to focus on:

What did Ed and Lorraine Warren actually deal with in their lives?

Edward Warren Miney and Lorraine Rita Warren were paranormal investigators and authors from the United States involved in several high-profile cases of claimed hauntings. Edward was a demonologist, author, and lecturer who was self-taught and self-professed. Lorraine claimed to be a light trance medium and clairvoyant who collaborated closely with her husband.

The Warrens created the New England Society for Psychic Research (NESPR) in 1952, which is New England’s oldest ghost hunting organization. They wrote several books about the paranormal and their private studies into various paranormal reports.

During their careers, they claimed to have investigated over 10,000 instances. The Warrens were among the first people to investigate the Amityville phantom.

The “Amityville Horror,” perhaps the Warrens’ most famous case, developed its own multi-million dollar franchise before making an appearance in the second “Conjuring” film.

In 1975, George and Kathy Lutz claimed that a violent paranormal entity drove them out of their Long Island home. Ronald DeFeo Jr. was claimed to have shot and killed six family members at the residence a year before the Lutz family moved in. The Warrens conducted an investigation and concluded that the house was “haunted.”

Further inquiry proved, however, that the purported events in the house were primarily fake.

This Southington house will later serve as the inspiration for the modern horror classic “A Haunting in Connecticut.”

The Warrens were called to investigate after the home’s owners alleged that their son had violent personality changes. In addition, the homeowners claimed that apparitions would appear all over the house.

According to reports, the son was said to be suffering from schizophrenia, so there is still some confusion about what happened.

According to legend, this 18th century property in Harrisville, Rhode Island, is said to be “haunted” by a lady who killed herself and her child to torment any occupants who ventured to enter the house.

The Warrens visited the house several times in 1974 to look into allegations of levitating beds and the smell of rotting flesh. The first “Conjuring” film would capture their visits to the house.

The house was purchased by a new family 45 years after Warren examined the site, and it is now open to paranormal investigations.

Annabelle was a Raggedy Ann doll said to be haunted by the spirit of Annabelle Higgins, a young girl.

The doll was reported to move on its own, but when the Warrens claimed it in 1970, it was put in a glass enclosure in their Monroe occult museum. Annabelle has subsequently become a staple in the “The Conjuring” franchise, with three films dedicated to the doll’s origins.

A rumor circulated in 2020 that the doll had escaped its museum enclosure; however, the allegations were debunked, as the doll is still in Monroe.

The Warrens traveled to London to investigate one of the city’s most famous paranormal cases. Residents of an Enfield residence claimed to have heard disembodied voices calling out to them and to have seen furniture move on its own. The ghostly activity was alleged to have been centered on the owners’ two teenage daughters. Following their investigation, the Warrens stated that the youngsters in the house were experiencing “demonic possession.”

The Warrens explored a modest residence in West Pittston, Pennsylvania, allegedly undergoing “paranormal activity” that was unlike anything they’d seen before. The family’s dog was allegedly tossed, and their daughter was forced down the stairs by a demonic entity.

She had seen auras around people before and assumed they were normal.

For each case, the Warrens tried to rule out every possible explanation.

They didn’t take anyone’s word for it when they said they had paranormal experiences. Before moving further with the investigation, Ed would go to the scene and exhaust all possible avenues to rule out any plausible answers.

Lorraine and Ed were devout Catholics.

Their deep faith comprised a natural conviction in the supernatural and a place beyond this earth. During several exorcisms, the Warrens worked closely with the Catholic church, and their faith played a significant role in their investigations.

They encountered a succubus while investigating Jack and Janet Smurl.

During his investigation of the Smurl family, Ed discovered that the creature that was haunting them was a succubus, a demon who predominantly assaults men.

The narrative of the Perron family inspired The Conjuring, and the doll Annabelle’s story became a trilogy within the Conjuring universe.

The occult museum is a haunting artifact collection that follows the career of some of the world’s most notable paranormal investigators.

Ed and Lorraine Warren, paranormal investigators, have been the leading voices in the believer community for decades, and their unique career of ghost-hunting and demon-busting is on display in their Occult Museum.

From an alleged vampire’s coffin to a child’s tombstone used as a satanic altar, the odd collection has it all. The museum’s walls are adorned with death curses, devil masks, and psychic photos, as well as a Halloween store’s cornucopia of plastic items.

However, the most popular item appears to be Annabelle, a cursed Raggedy Ann doll alleged to have killed a man. Annabelle is seated in her glass case, which is illuminated by a menacing red light.

While the Warrens’ popularity grew, so did their detractors. Lorraine undertook scientific testing by parapsychologists at UCLA to establish that her skills were not fabricated. Dr. Thelma Moss led the team of scientists who investigated Lorraine. Lorraine was identified as a “light trance medium” after lengthy research.

Ed and Lorraine Warren considered themselves educators. They spread awareness about possession, demonic and related concepts that people had no idea about.